Walk (or STOMP) your way to better health this Spring

Children from a King's Cross primary school took to the stage and got active with the cast of the globally-renowned production STOMP, as part of a Camden Council campaign to boost walking in the borough.

The 'Camden Walking' campaign aims to increase the number of local residents who take part in daily brisk walking* in the borough.

An element of the wider campaign is the promotion of the Daily Mile – a project run in many of Camden’s schools, including Argyle Primary, which sees every child in the school spending 15 minutes a day running, jogging or walking on top of their regular PE lessons.

On Thursday 27 April, 15 children from Argyle Primary School walked their 'daily mile' from the school - in Tonbridge Street, King's Cross - to the Ambassadors Theatre, in the West End, before taking to the stage for rhythmic brushing and stomping exercises and a photo opportunity with cast members from STOMP.

The hit show, which last year celebrated its 25th anniversary, uses familiar objects to create a rhythmic universe exploding with energy, where anything can be turned into a beat, and anybody can pound a pattern and get active.

"Our show is based on movement and activity, so it was a natural link to join forces with Camden Council and Argyle Primary School for a campaign to get people of all ages more active. We cover several miles on stage every night, in which we try to convey the fun, excitement and exhilaration of physical exercise, whether you are sweeping the floor briskly with a broom or zipping through the supermarket on your shopping trolley. The benefits of exercise expand the health of mind and body.”

"This was a daily mile with a difference for our pupils! Physical education, culture and arts are all something we are passionate about at Argyle Primary and it was fantastic to have been able to combine them all, with pupils taking to the stage with the cast of a globally-renowned stage show. It was an unforgettable experience that will hopefully motivate others to get active, regardless of age."

As part of the campaign, Camden Council is also promoting walking routes and walking groups in the borough on Twitter (#camdenwalking) and Facebook and online, as well as a Spotify playlist to listen to whilst walking, and an app named Active 10 - which tracks your walking and shows when to increase pace in order to deliver health benefits. 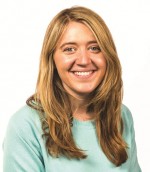 "Brisk walking is one of the easiest ways to fit exercise into a daily routine and be active. It can be done anywhere, and can also be done creatively - as demonstrated by children from Argyle Primary School and the cast of STOMP.

"Camden is full of wonderful walking routes and the council also helps organise health walks, which are free and designed for anyone, including those new to exercise. Visit oneyoucamden.org/walking to find out how you can take part."

*Brisk walking means taking up a pace where your breathing rate and heartbeat increase, but you can still carry on a conversation. The NHS recommends people exercise for at least 30 minutes a day, but if you don’t walk very much at all, it might be good to break this down into ten minute brisk bursts, and build up to half an hour.

Among the benefits of brisk walking are:

Walk (or STOMP) your way to better health this Spring