Sign up today and get supportive messages from the nation's top comedians.

Smoking is the main cause of illness and preventable death in the UK - responsible for around 450 deaths every year in Camden alone.

Launched in 2012, Stoptober is the 28-day stop smoking challenge from Public Health England that encourages smokers across England towards quitting for good.

Research has shown that by stopping for 28 days, you are five times more likely to quit altogether.

By signing up to Stoptober, you can choose from a range of free support tools including a mobile app and daily texts and emails throughout the month - all of which have shown to increase the chances of staying smokefree.

Why not sign up with friends, family or colleagues and encourage each other along the way? Evidence shows that this can dramatically improve your chances of quitting for good.

"Some people find stopping smoking can be quite isolating. Often they don't tell anyone just in case they fail, so they do it alone. Talking about any problems you might be facing works really well." 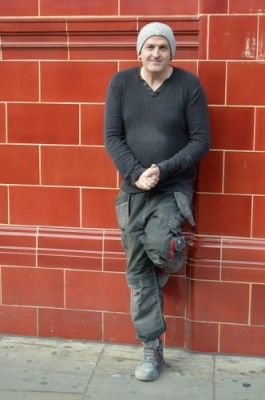 Steve Brennan had wanted to quit smoking for years when he came across Smokefreelife Camden.

“I’ve been smoking on and off since I was about 15. When I was young and with the lads it was just the thing to do.

“I have asthma and found that I was getting very wheezy in the chest. And it’s really expensive. I was spending about £300 to £400 on cigarettes every month.

“I’ve tried giving up a few times over the years. I managed for nine months once – but when my flight was delayed for nine hours on a trip to America I started smoking again.

“I first heard about the stop smoking service when I went for an NHS Health Check. I’d been considering trying to quit again, so I thought I’ll give it a go and see what happens.

“I went along every week for 10 weeks. My advisor was brilliant. We set a quit date and she kept me going and pushed me to reach my goals. Within three days I had smoked my last cigarette.

“Now I haven’t had a cigarette for 12 weeks. I feel grand. I still get the odd craving of course, but I’m sticking it out.

“If you want to quit smoking definitely give the stop smoking service a go. It’s a brilliant service.”

Did you know? All of the playgrounds in Camden's parks and estates are smokefree. And as of 1 October 2015, it will be illegal to smoke in vehicles with someone under 18 present. So with one less place to smoke, there is one more reason to quit.