From Monday (16 March) young people across Camden will get the chance to vote for who they want as their next Youth MP.

The new Youth MP and two new Deputy Youth MPs will be elected from a shortlist of 14 candidates and will act as the voice for Camden’s young people over the next two years.

The candidates, aged 12 to 17, have created manifestos and campaign videos on the key issues they are campaigning for that affect young people, including ending knife crime, tackling school funding cuts, lobbying to increase the minimum wage for under 18s and combatting climate change.

As well as putting forward the interests of Camden youth in local decision-making, they will also have a national role as members of the UK Youth Parliament.

All 11 to 19-year-olds who live, go to a local school or college, attend a local youth centre or work in Camden, are eligible to vote in our Youth MP Election from 16 to 27 March. The results will be announced on 2 April. 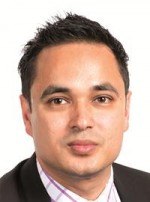 Thank you to all the candidates in our Youth MP Election for showing the passion and commitment needed to put themselves forward. Our Youth MP and two Deputy Youth MPs are an important voice for young people, raising the profile of issues that matter to the youth of Camden and helping to shape our policies. The successful candidates really will be able to make a difference so I hope that all young people across the borough will support this election by casting their votes.