Camden Council’s new building in King’s Cross has been officially recognised as one of the most energy efficient and sustainable public buildings in the United Kingdom with four accolades now to its name.

5 Pancras Square (5PS) has just been awarded the esteemed RIBA London award, to go along with the Sustainability Award by the Royal Institute of British Architects (RIBA), as well as a Guardian Sustainable Business Award. It has also won Building magazine’s Sustainability project of the year award and Best Inclusive Building at the LABC (Local Authority Building Control) Building Excellence Awards ceremony.

This follows its assessment as ‘outstanding’ under the BREEAM (Building Research Establishment Environmental Assessment Methodology) environmental assessment method and rating system for buildings.

The final score for the project was 97.6 per cent, the second highest BREEAM rating ever achieved with maximum 100% in four categories – management; transport; waste and land use and ecology.

The offices were fully paid for by relocating the council’s workforce selling old and inefficient buildings across the borough. 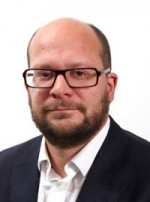 “5 Pancras Square is a fantastic new public services hub for Camden as well as now being confirmed as one of the greenest public buildings in the UK.  One of the many benefits to the taxpayer will be to reduce the council's energy bills by £500,000 a year because we invested in energy efficiency right from the start.”

Designed by architects Bennetts Associates and developed by King’s Cross Central Limited Partnership, following a brief laid down by the council, the building uses sustainable technology to help the council drastically reduce its carbon footprint and make annual savings on energy costs alone of more than £500,000 compared to its previous old inefficient accommodation.

It uses a highly energy efficient ventilation system; energy efficient windows that reduce glare from the sun; captures rainwater to help in reducing fresh water usage and is linked to a site-wide district heating network that provides all of the development’s heating and hot water needs.

The development also helps further the council’s aim of encouraging greater use of public transport or cycling by having no on site car parking other than for disabled drivers.