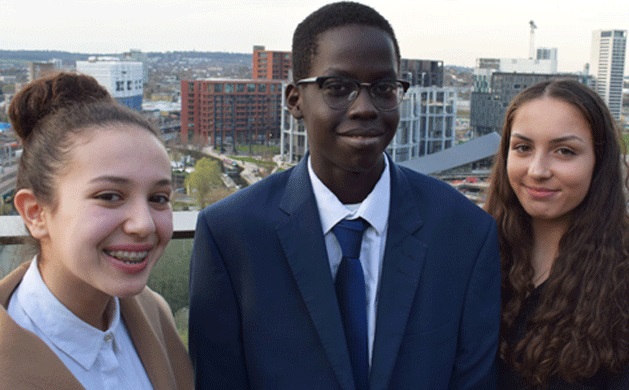 Hampstead School student Athian Akec, 15, has been elected Camden Youth MP, with 914 votes out of a total 5,008 votes cast in schools and youth centres across the borough.

Young people across Camden went to the polls last month to decide who should represent them.

All 11 to 19-year-olds who live in Camden, go to a local school or college, or work in the borough, were eligible to vote in their school or youth centre. About 30 per cent of the electorate voted.

The results were announced by the Mayor of Camden last night (Thursday, 5 April) at our offices in Pancras Square, King’s Cross.

Athian said: “It is an honour and a privilege to be elected to represent the young people of Camden.”