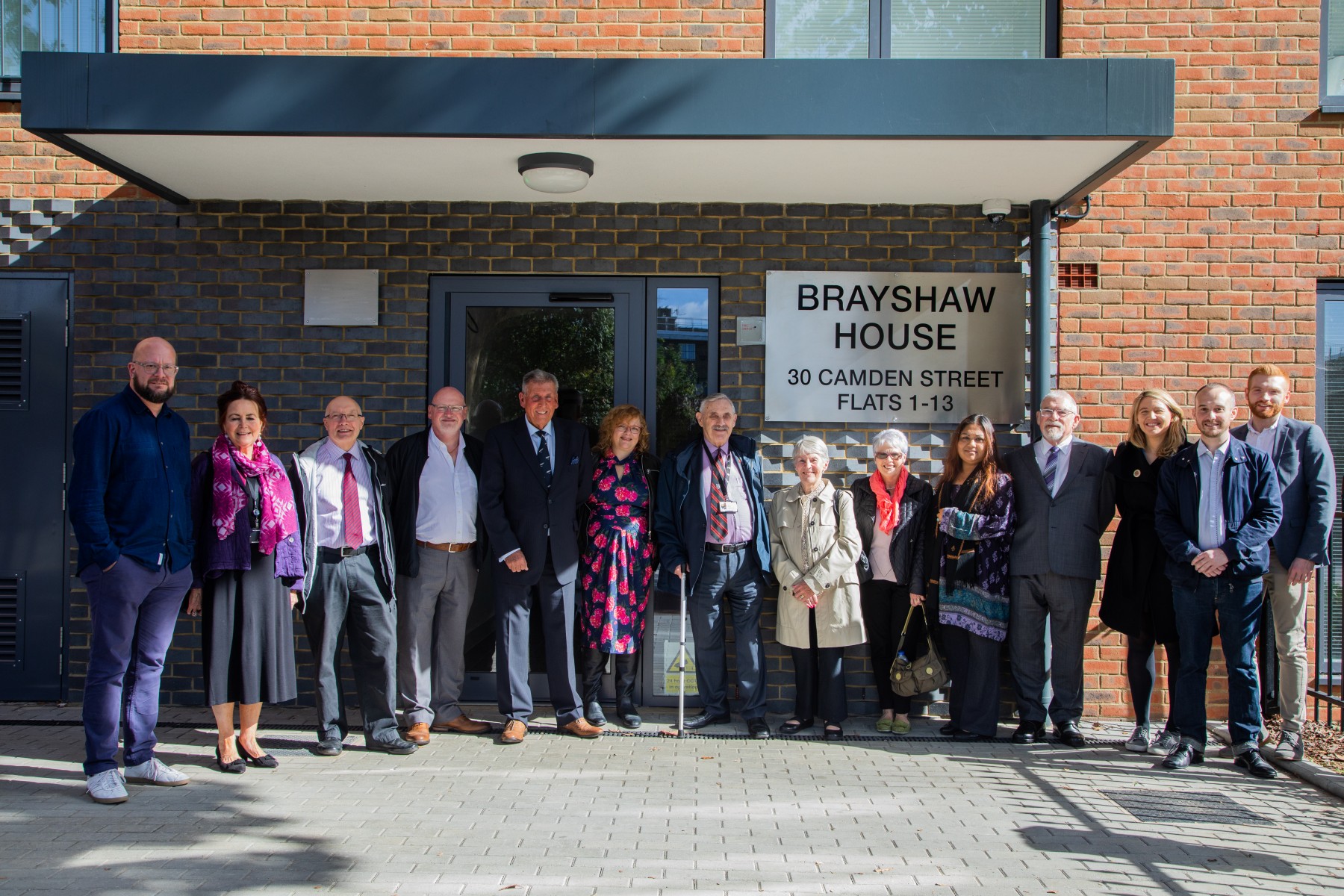 Peter Brayshaw's family and Camden councillors past and present welcome the new homes.

New council homes in St Pancras which are the final piece in a large community development in the area have been named after a former ward councillor.

Peter Brayshaw, who sadly died in 2014, was a councillor in St Pancras and Somers Town ward between 2010 and 2014, following a stint as a Bloomsbury ward councillor in the 1990s.

On Saturday 29 September 2018 members of Peter’s family were present at the unveiling of 14 council homes that will be known as ‘Brayshaw House’.

Peter Brayshaw’s cousin Sue Smith said: “Social housing was very important to Peter. He came from humble beginnings and his parents lived in social housing. He believed affordable housing should be available to those who need it. We are sure Peter would be both proud and delighted with the new social housing in St Pancras.

“Peter felt strongly about people feeling they belong. The world is up and coming and with it new houses are being developed with futuristic concepts and designs. People living in social housing are now able to enjoy the benefits of energy efficient designed living too and we know this would have been very important to Peter. Everyone should have the same opportunities to make a difference irrelevant of their financial status.”

The council homes are just one piece of a community redevelopment in the area which include a brand new community centre and new sports pitches at Richard Cobden School funded by the construction and sale of 31 newly built homes.

Councillor Danny Beales, Cabinet Member for Investing in Communities at Camden Council, said: “Despite Camden Council’s budget having been cut in half since 2010, we’ve not wavered in our commitment to delivering council and genuinely affordable housing for Camden residents.

“We’re showing councils can build. Camden is a leading council house builder again. We can do this by also building and selling some homes and redistributing the money from these sales to fund new council homes, schools and community facilities. Every penny raised is invested into our community – across the borough we will ensure we deliver 50% genuinely affordable housing.

“We want to do more, but we need Government investment to build more council homes. We urge the Government to start listening to the calls of local authorities, lift the borrowing cap and back us to build homes on the scale demanded by the housing crisis.”