The story so far:

1.35pm: Recounting is over and we now have a Belsize ward result. The elected candidates in Belsize are Tom Simon (LIB), Steve Adams (CON), Luisa Porritt (LIB)

Midday: Recount of all the Belsize ward votes is underway at the Town Hall.

4.45am : After a first round of counting, the Returning Officer has announced that all votes cast in Belsize ward will recounted at midday today (Friday 4 May 2018).

2.45am : The first declaration is in. Elected candidates in Bloomsbury ward are Adam Harrison (LAB), Sabrina Francis (LAB) and Rishi Madlani (LAB).

1.50am: We're still waiting for the first result of the evening. We've poured ourselves a coffee and will let you know the results as soon as they are announced.

11.40pm: Verification completed for Bloomsbury ward - turnout there is 31.7%. They're now onto the main counting in Bloomsbury, while verification continues in the other wards.

11.06pm: All ballot boxes are now in the count hall - just one hour and six minutes after polls closed, a Camden record. More trivia like this on Camden Council's Twitter @camdentalking. 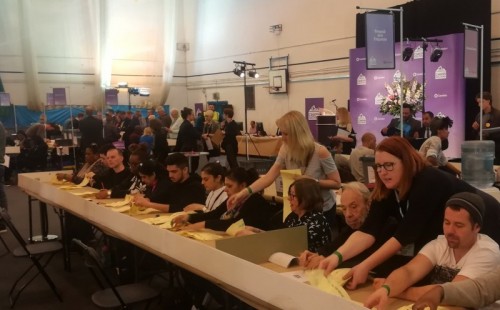 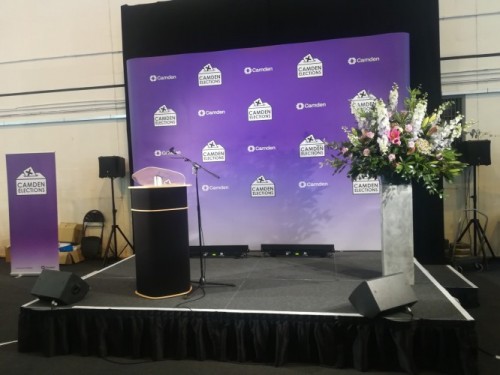 10.25pm: Some ballot papers have already arrived at the count centre. The first phase of counting is called 'verification'. This is to count how many votes have been cast in total in each ward and to establish the turnout figure.

10.00pm: POLLS HAVE CLOSED. Counting staff have taken their seats. Ballot boxes are being locked up ready for transportation to the count centre. Candidates are beginning to arrive at the count centre and the excitement ratchets up a notch.

9.40pm: Somers Town Community Sports Centre has seen a few election counts now - and it's got its glad rags on tonight. Polls close in 20. 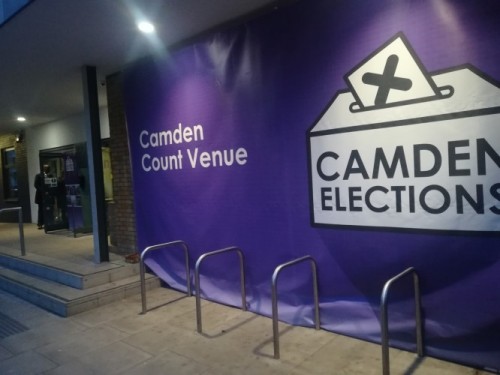 9.20pm: You'll have seen in the news today that a wide variety of venues double up as polling stations. No pubs have been swapping their barrels for ballot boxes in Camden, but we have used our first ever mobile polling station today, this is in the carpark at Beckford Primary School in Fortune Green ward. It meant the school could carry on teaching their children on polling day. Just over half an hour to cast your votes now folks! 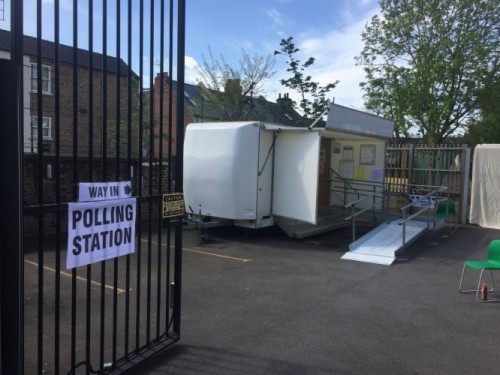 9.00pm: Welcome to live coverage of the 'Camden Count'. Council staff will be counting votes in the Camden Council local election 2018 here at the Somers Town Community Sports Centre throughout the night.

Residents across Camden have been going to the polls today since 7am. Polls close in one hour at 10am - at which point the ballot boxes will be locked and transported here so we can get the count underway.