There was a mix of emotion, excitement and exhilaration for many young people across Camden today (Thursday, 25 August), as they opened their GCSE results.

Provisional figures for the borough suggest that results will be better than last year’s.

This morning, Councillor Sarah Hayward, Leader of Camden Council, joined young people at Acland Burghley School to congratulate them on their achievements.

“Whilst the final results won’t be available for some weeks yet, provisionally this borough has again performed well at GCSE level and today we have seen some remarkable individual success stories.

“Our secondary schools help young people to succeed, whatever their potential, talent or background, and that is exactly the platform that Camden Council wants our schools to provide.”

Amongst the many success stories at Acland Burghley was Isabelle Darlington, the school’s top performer, scoring nine A*s and two As.

Other high scorers included Kesem Iglinsky-Frenkel, who gained 3 A*s, 6 As and 1 B in her GCSEs. She was pleased to have done better than she expected and said: “I’m surprised I did so well in my Biology and English.”

Mohamed Farah, who lives nearby in Tufnell Park, gained 5 A*s and 5 As and will be staying on at the LaSWAP sixth form. “I knew I was going to do well but not this well”, he said.

Alyssa Costa, a member of Camden Youth Council, gained 4 As and 6 Bs. She plans to study A-levels before going on to study medicine or engineering at university.

This year was the first year that students completed Year 11 after the opening of the school’s specialist ASD (Autistic Spectrum Disorder) Base. Herakles Chysanthou was the first of the base students through to GCSEs, achieving 4 As, 2 Bs and 2 Cs.

“The results represent a solid, gradual improvement on a number of key measures, and this is laying the foundation for further improvements next year.” 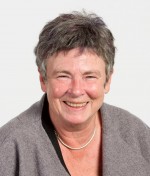 “Many congratulations to Camden students, who have worked so hard, once again.

“The council, schools, and parents are all dedicated to achieving the very best for young people. We want to be the best in the country, so that’s a big motivator for us all.

“Many of our GCSE students will now join our Sixth Forms, which are excellent and have just had some very good A-levels results. Others will pursue their career path through an apprenticeship, with some great opportunities available locally.”*

Amongst the high levels of achievement at Hampstead School was Sophie Marlow, who gained 10 A*s, 1 A and 2 Bs. “I’m really surprised; I wasn’t expecting it at all. It surpasses my expectations”, she said. Sophie intends to go to a Sixth Form College and study Biology, Chemistry, Maths and Geography.

Malak Abdel Fattah gained 2 A*s, 5 As, 2 Bs and now intends to go to Woodhouse Sixth Form College. She said: “I needed an A* in Maths to do Further Maths at A-level and I got it so I’m really relieved.”

Amongst many other pupils celebrating their results were Hana Ymeri, who is heading to Camden School for Girls after achieving 2 A*s, 6As, and 1B.

And despite achieving 3 As, 3 Bs, 3 Cs and 1D, Minhal Al Khafoji owes friend Daniel Selig £5, as they had a bet on who would do better in Maths.

*Camden Council staff were on hand at a number of schools today, talking to young people about the wide range of apprenticeship options available in Camden.

Apprenticeship positions offer opportunities to earn while you learn, get a foot on the career ladder, and some apprentice posts can also lead to a degree. For more information visit camden.gov.uk/apprenticeships.

A photo gallery of images taken today is available at: