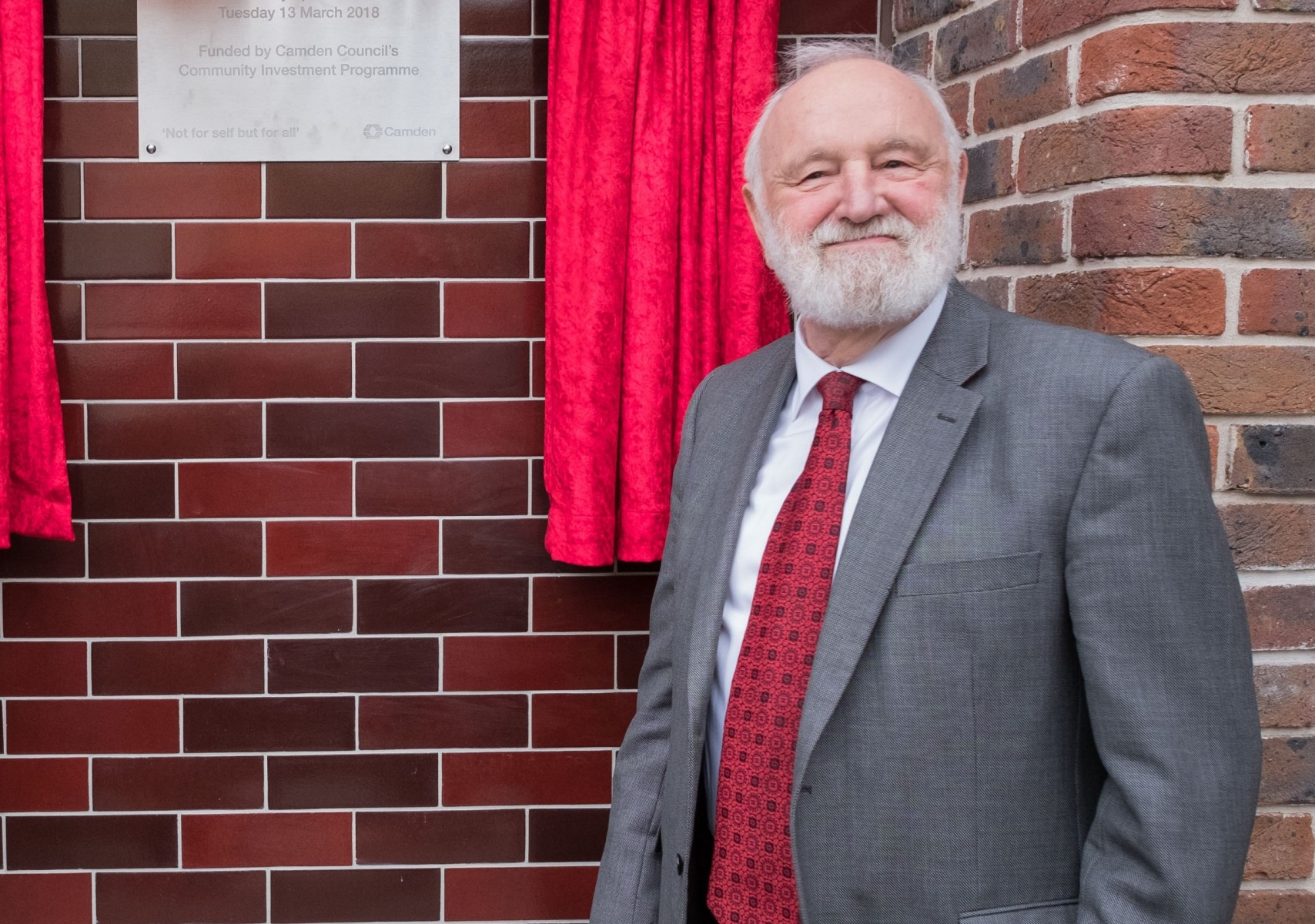 Camden Council is saddened to learn of the death of Frank Dobson, a former Camden Council Leader and long-standing MP for Holborn and St Pancras.

In March 2018, Frank unveiled new council homes and a new tenants’ hall at the Bourne Estate. On the basis of resident suggestions, the new block of homes was named Dobson Court – a tribute to his public service and commitment to improving residents’ lives in Camden.

Our thoughts and sympathies are with his family and all those who knew Frank. We thank him for his contribution to Camden.