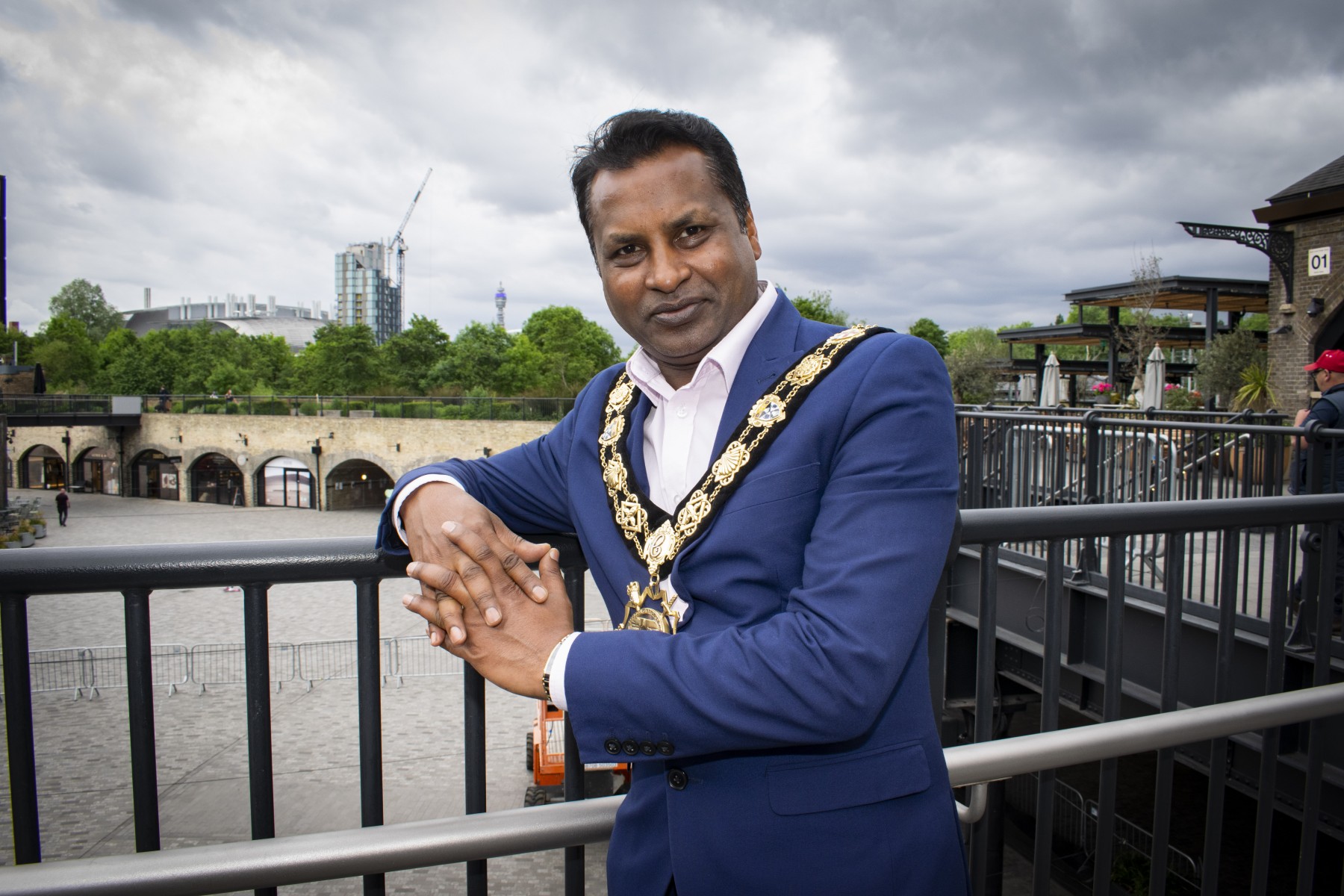 He takes the chain of office from Cllr Sabrina Francis, who leaves the role having raised over £24,500 for her chosen charity, Gingerbread, the single parent family charity.

New Mayor Cllr Ali, a former council Leader, will raise money for Hopscotch Women’s Centre, one of the council’s key voluntary sector partners. Hopscotch, based on Hampstead Road in Euston, provides support services for women and girls on a wide range of issues including domestic violence, employment, and welfare benefits. They have a particular focus on supporting Black, Asian and Other Ethnic women.

Councillor Nazma Rahman has been appointed Deputy Mayor for 2022-2023.

“I’m really excited to be Mayor of Camden for the second time, I’m looking forward to getting out and about to community events over the summer, starting of course with the Queen’s Platinum Jubilee celebrations.

“Unfortunately, there have been many notable, sometimes tragic events over the last couple of years which have underlined the stark gender inequalities which exist – from the urgent issue of women’s safety to the barriers women continue to face in the workplace and in society. I’m therefore delighted that I’ll be promoting Hopscotch as my chosen charity for the year which provides vital support to women. This is a tough time for many people with a growing cost of living crisis, so I’d be grateful for anyone who feels they can donate and support my fundraising push – every penny counts!”

“The Board, Senior Leadership Team, staff and I are thrilled at the way Cllr Ali demonstrates his commitment to some of the most vulnerable women in this borough by supporting Hopscotch. Our specialist, person-centred approach to providing women with empowerment around poverty, abuse and unemployment is needed now more than ever. Every penny raised will go towards widening and strengthening our culturally sensitive services so that no woman feels unseen in her struggles. If we match the fundraising efforts of the previous Mayor, we will be able to run a brand new programme raising awareness of signs of abuse across all the minoritised cultures of Camden. To have the Mayor stand behind us at this time is a testament to his vision and drive for equality for all.”

Cllr Ali will receive assistance throughout his Mayoral year to help him perform his civic role. The Mayoress will be his wife Lina Choudhury and his escorts during his term of office will be his sons Rio Ali, Zachariah Ali and Noah Ali, his brothers Sitar Ali and Azad Ali, his sisters Bina Begum and Amina Begum, Joe Shah, Robert Latham and his fellow councillors Cllr Nadia Shah, Cllr Heather Johnson, Cllr Jonathan Simpson and Cllr Nasrine Djemai.

Cllr Ali has lived in Camden for 45 years and has been a councillor for the past 20 years. This will be his second term as Mayor of Camden. He was first Mayor 19 years ago, becoming Camden’s first Bangladeshi and Muslim Mayor. He was also the youngest Mayor in the country at the time.