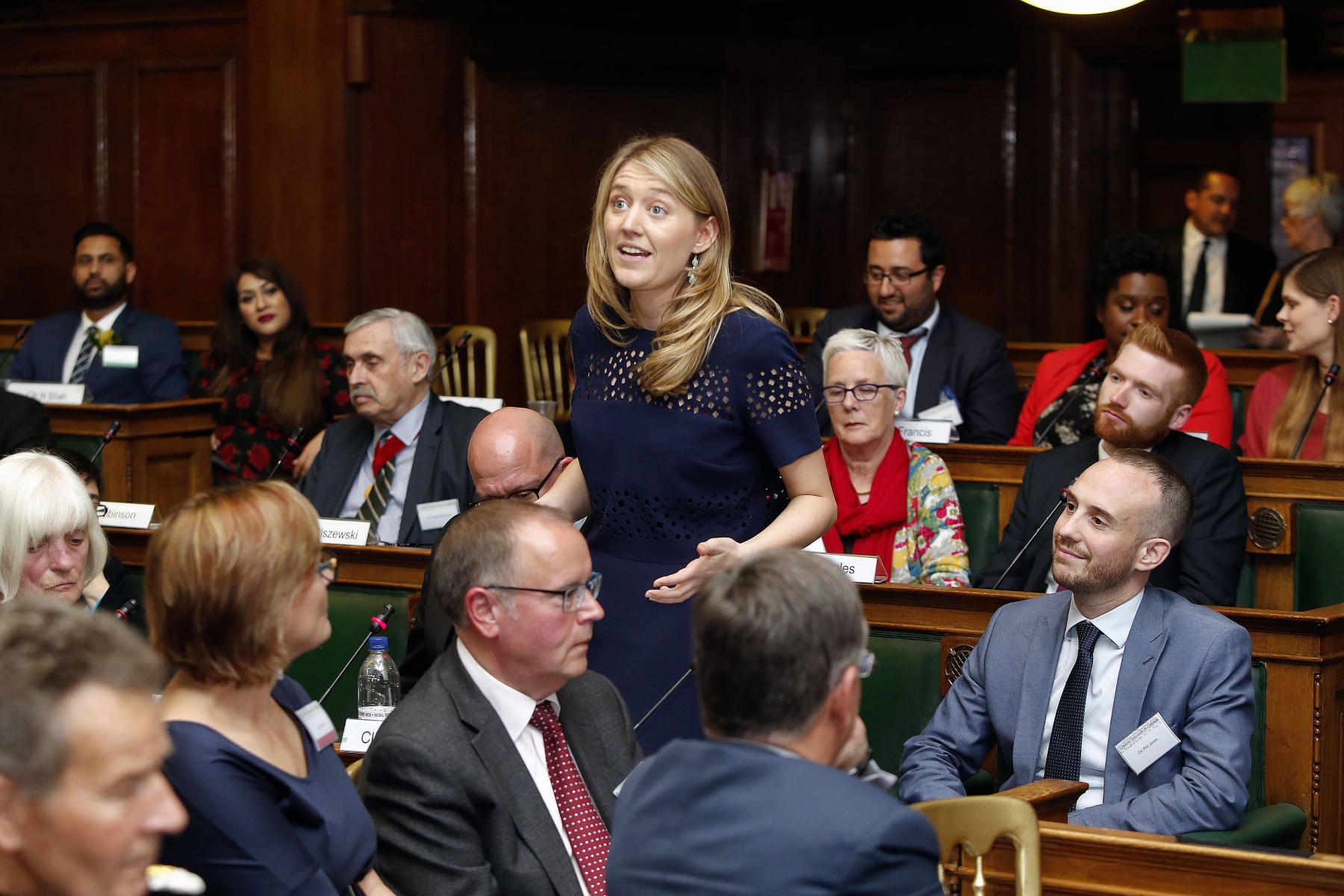 Georgia Gould has been elected as the Leader of Camden Council at tonight's meeting of the Full Council (Wednesday, 17 May 2017).

Councillor Gould has been a ward councillor for Kentish Town for the last seven years and moves to the top job from her role as Cabinet Member for Young People, Adults and Health.

“Camden has given me a huge amount - my best friends, a brilliant comprehensive education and the chance to live in what I think is the best community in London.

“Camden Council’s motto is ‘Not for self but for all’, and in this borough that really means something. We have a family of schools who choose to stay together, mixed communities that we work to protect, a rich tapestry of community and cultural organisations, and a tradition of strong public services.

“We have citizens who volunteer and who step up when asked. We have stood together time and time again against racism, extremism and hate. I am proud to take up the mantle and to serve alongside so many committed people who represent the diverse communities that make up our borough.

“Camden is a world leading hub for technology, bio-medical research, cultural institutions and creative industries. Global businesses base themselves here and, through St. Pancras, we are the gateway to Europe. However, there are inequalities in this borough. I am driven by the desire to challenge them, and to help open up the opportunities associated with Camden’s success to everyone who lives here.

“I want to invite everyone who lives or works in Camden to be part of building our future vision for the borough. I know how much energy and creativity we have in our communities and I am excited about what we can achieve together.”

Councillor Gould paid tribute to Cllr Hayward’s contribution as Leader. She said: As Leader, Sarah boosted housing in Camden, she fought for the best deal on HS2, she helped refugees, supported domestic violence services, and she was dedicated to challenging inequality. She leaves us a huge legacy and we will seek to build on this in the years to come”.

Camden Council’s new Cabinet was also confirmed by Cllr Gould at the council meeting with positions as follows:

Councillor Richard Cotton is the new Mayor of Camden. This is an apolitical role with a civic and charity focus and means he is the borough’s first citizen. Councillor Jenny Headlam-Wells is the new Deputy Mayor.