Leader of the Council Cllr Sarah Hayward today wrote to the borough’s major housing associations to urge them to reject a deal being offered by Government to voluntarily introduce the controversial extension of the Right to Buy policy.

Cllr Hayward asks housing associations, who are to vote this week, to instead stand side-by-side with local authorities in opposing the attacks Government is mounting on the social housing sector. 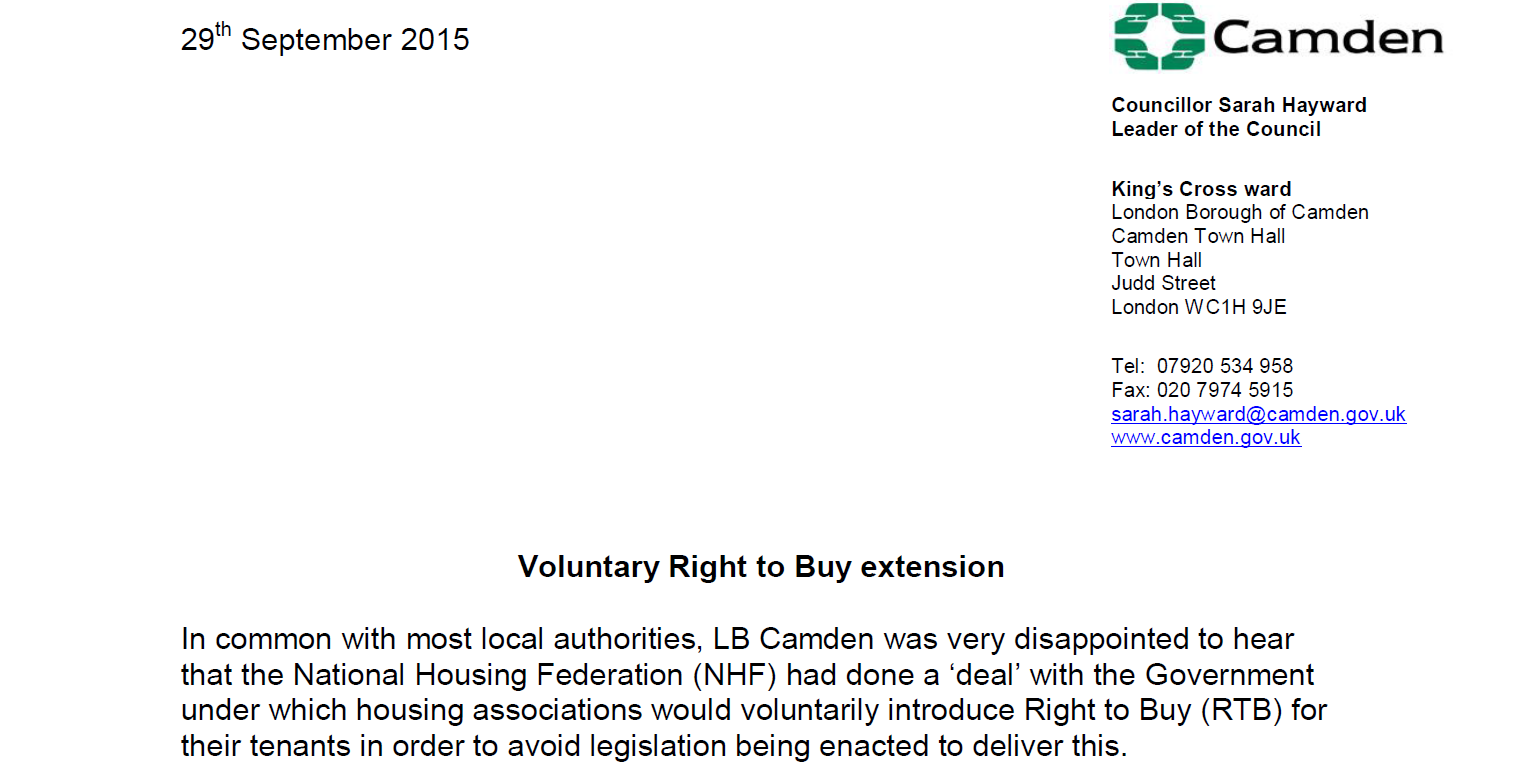