Creative kids from across the borough recently took part in a Camden Council competition to design a 20mph limit road sign, to be installed in areas around schools. 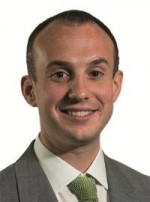 “I would like to congratulate Era, Jason and Torie for their creative and imaginative artwork that will now take centre stage on the signs across Camden.

“In December 2013 we became one of the first boroughs in London to introduce a 20mph borough-wide speed limit. Since then several other boroughs have followed suit and 20mph is becoming an increasingly common speed limit in central London.

“Whilst it is the responsibility of the Police to enforce speeding on our roads, the Council does all it can to highlight to drivers that a 20mph speed limit operates in Camden through publicity and schemes such as Community Roadwatch.”

The council received 330 entries from thirteen local schools. Era Emini from Emmanuel School is the first prize winner and received a bike shop voucher for £200. There were also two runners-up for the second and third prizes - Jason Foulad from University College School and Torie Richards from La Sainte Union School.

The council has established a number of Community Roadwatch projects in areas where speeding remains an issue. Resident volunteers, accompanied by Police Community Support Officers, are trained in using speed guns and record details of speeding vehicles. Owners of speeding vehicles are sent a warning letter from the police showing the fines they might have received and explaining the dangers of speeding. Drivers detected speeding more than twice are sent a letter advising that if they continue to speed they could be added to a police database for possible enforcement.