Camden’s adult learners and the volunteers who support them were celebrated at a special event at the British Museum.

Over 150 people attended the Camden Adult Community Learning Awards evening, which celebrated the successes of adult learners and recognised the commitment of the volunteers who help make Camden’s adult learning programmes such a success.

Fifty-two adult learners took home awards for their achievements, which were presented by Martin Pratt, director of Camden’s children, schools and families department, and CSF assistant director Pete Dudley at the event on 26 June.

Seventeen volunteers were presented with awards by the Mayor of Camden, Councillor Larraine Revah. 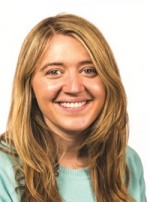 “Hearing so many success stories and getting to speak to the people who selflessly volunteer to help them was truly inspirational. I’d like to congratulate everyone who took home an award and would encourage anyone who wants to learn a new skill or meet like-minded people to see what Camden’s adult community learning service has to offer.”

Camden adult community learning service works with a range of providers, partners and volunteers to run classes in more than 80 community settings. The courses aim to bring together adults by helping them to pursue an interest, address a need, gain a new skill, become healthier or learn how to better support their children.

Each year, about 4,000 people enrol in one of the courses on offer, which include family learning, computing, employability, web design, exercise, arts and crafts and beginner English.