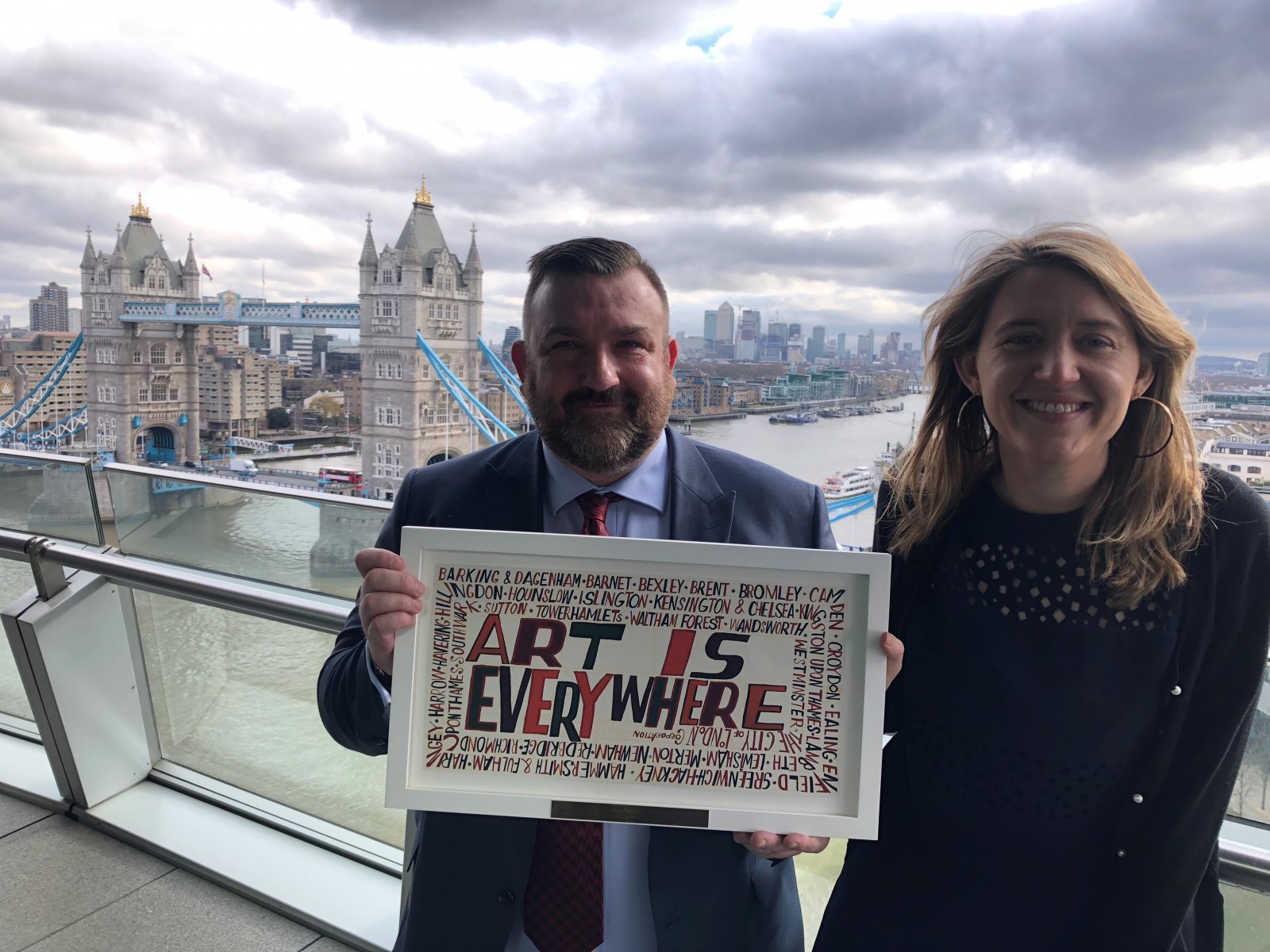 Camden Council, partners and residents are today celebrating after the borough won funding to deliver cultural augmented reality trails around Camden, as part of the Mayor of London's 'London Borough of Culture' competition.

Whilst the council missed out on the title of London Borough of Culture, it was awarded funding for ‘Camden Alive’ - an innovative collaboration with Camden’s communities and cultural institutions to build augmented reality ‘culture routes’.

“The competition across London’s boroughs to win this contest was very strong, with all those applying having their respective cultural strengths. Congratulations to Waltham Forest Council and Brent Council.

“I want to thank every person, business and organisation who supported our bid. Whilst it’s disappointing to have not won London Borough of Culture, I’m delighted that the augmented reality project from our bid has been granted funding by the Mayor of London and will now become a reality.

“Cultural augmented reality routes will, via a smartphone, bring to life the thousands of diverse cultural and historical stories and places of interests across the borough. The development of the project will particularly focus on working with communities and residents who feel that they are rarely able to access mainstream cultural provision in Camden and London.”

Talking once more about the overall bid, Cllr Simpson added:

“Just one example is our work with Tileyard Studios, where young people from Camden’s estates are being upskilled in music and music production – not only offering them opportunity, but for some also tackling broader issues, such as youth safety and anti-social behaviour.

“In developing this bid we drew together and galvanised Camden’s cultural community, uniting and collectively promoting the huge cultural offer of our borough. We will also be assessing what elements and projects from our bid we are still able to deliver. We will also be building on this work and spirit as we move forward with the delivery of our new Cultural Framework.”

Mayor of London, Sadiq Khan, said: “Camden has a proud history of amazing culture, and I’m delighted to support this project – that will see the stories of local residents brought to life using cutting-edge technology. It’s so important that young and old people learn from each other, and I’m sure that this project will bring Camden’s communities closer together.”