Camden Council is continuing to deliver on its commitment to improve the lives of private renters, by renewing the borough’s landlord licensing scheme.

The Council’s licensing scheme covers all Houses in Multiple Occupation (HMOs). HMOs are shared homes, including house and flat shares, student homes, bedsits and some buildings converted into flats.

Licensing protects renters from poor housing conditions, such as mould or damp, overcrowding and poor management. It also supports landlords to provide a better service to their tenants.

Since the scheme originally launched in 2015, Camden has licensed over 3,600 properties and carried out over 4,000 inspections, resulting in an estimated 15,000 improvements made by landlords – changes that have improved the quality and safety of homes for people living in Camden’s private rented sector.

We are renewing the scheme following overwhelming support for it. Over 1,000 people living and working in Camden and its neighbouring boroughs responded to our public consultation asking them for their views about landlord licensing. The consultation took place between December 2019 and March 2020, with almost two thirds of respondents backing renewal of the scheme. 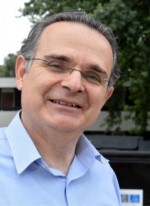 “Having a safe and secure place to live has become even more important in these troubled times. Our landlord licensing scheme has made a positive difference to the lives of thousands of private tenants across the borough.

“Renewing the scheme for another five years will help towards making all homes in Camden safe, correctly managed and properly maintained.”

And tenants who live in an unlicensed HMO will continue to be eligible to claim back rent paid under a rent repayment order.