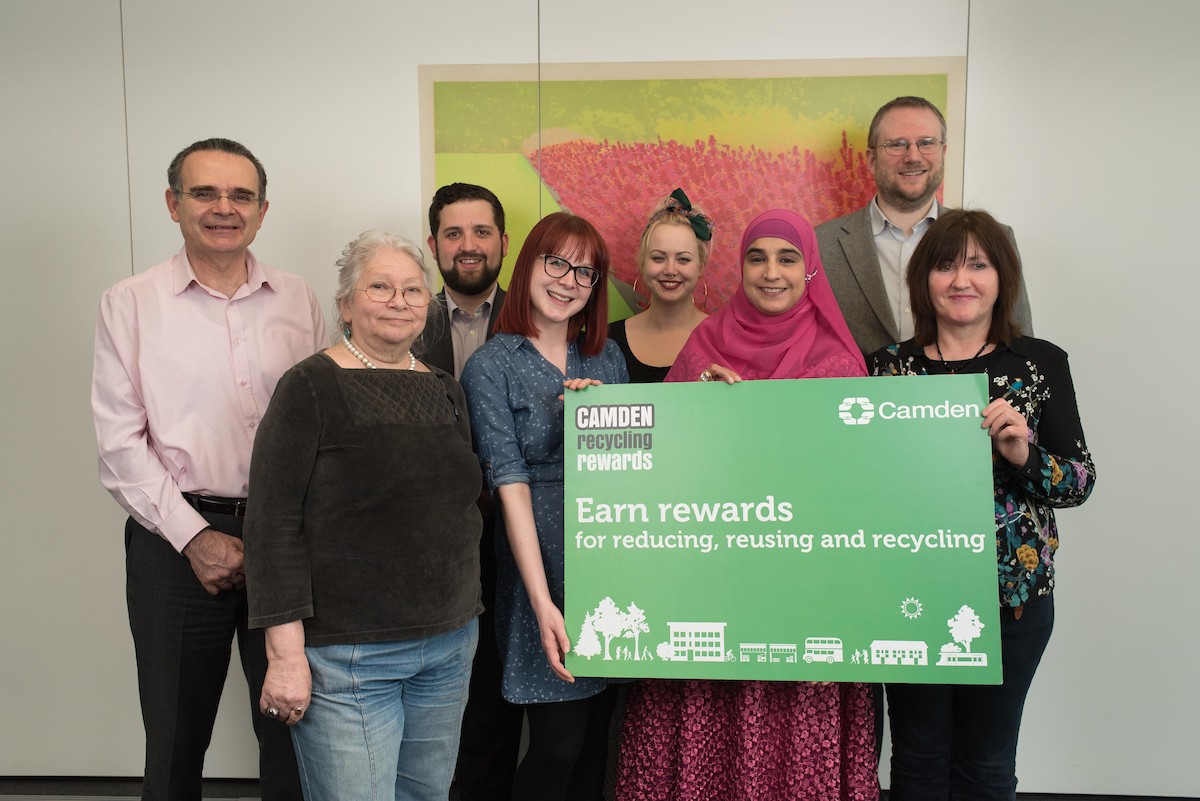 On Tuesday 4 April five Camden charities were awarded a total of £5000, thanks to the recycling efforts of nearly 16,000 Camden residents.

The money was given to the charities by Camden Recycling Rewards – a scheme launched by the Council last year to benefit residents and the community for their efforts to reduce, reuse and recycle. The funding for the scheme comes from a central government (DCLG) grant, won by Camden to incentivise recycling.

The Camden resident with the most green points receives a monthly prize and all members receive discounts in local businesses. Participants also get to vote on which charity project in their area should receive a donation.

Members of the scheme have been voting over the last six months for which of the five shortlisted charity projects they would like to see receive the biggest share of a £5000 donation pot.

Meric Apak, Cabinet member for Sustainability of Environment, presented the following charity projects with their donations:

“Camden Recycling Rewards is a great scheme. It not only gives residents taking part an extra incentive to recycling and reuse but also generates funding for local charity projects, benefiting the wider community.

“On average, 85% of what Camden residents currently throw away is recyclable. It costs far less to process recyclable materials, so by boosting the amount of material that is recycled in Camden we will save money that can be used for other vital council services, whilst also helping the environment.

“Those signed up to Camden Recycling Rewards are demonstrating the benefits that an increased focus on recycling can have. I urge more residents to join the scheme and I am also confident that our new environment services contract will further drive up recycling rates in Camden, which are currently only 25%.”

Camden Recycling Rewards is a free scheme, open to all residents. To get involved, residents need to activate their account at: www.camden.gov.uk/recyclingrewards or call 020 7326 5055 (Monday to Friday, 9am to 5.30pm).

As well as winning donations for local charities, the scheme offers residents the chance to win one of five £30 vouchers with high street brands for themselves every month. As a thank you for signing up to the scheme, members are sent a Camden Recycling Rewards card which they can use to get discounts in more than 100 local businesses across Camden.

Another £5,000 will be awarded to these charity projects in six months’ time.