In a test case of national significance, Camden Council has successfully appealed against Foxtons Ltd using the term “administration fees” in their lettings agency work, leading to a penalty charge totalling £18,000.

A partially successful appeal from Foxtons in October 2016, which followed over a year of activity by the Council’s Trading Standards and Legal teams, led to the Council’s decision to appeal to the Upper Tier Tribunal in June 2017 as it considered that the original decision did not provide clarity to those using letting agents. 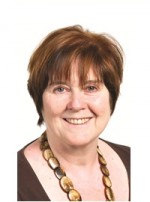 “We are delighted with this judgment as it has clarified what letting agents must do when publicising their fees. Because of our successful appeal, customers can now fully understand what they are liable for and make informed choices and proper comparisons with other letting agents about the fees charged.

“This judgment also gives clarity to Trading Standards officers nationally when enforcing fees and by assisting to ensure the market place is consistent for all letting agents and their prospective clients.

“I would personally like to thank the work undertaken by our Trading Standards and Legal Services in obtaining a successful outcome following a long, and at times complex, process.”

The Council challenged the First Tier Tribunal’s decision because Foxtons “administration fees” still did not give an adequate description for the services provided, with it considering that by stating the “administration fee can cover…” did not go far enough.

This successful appeal means that the Upper Tribunal stated that the First Tier Tribunal had failed to consider what services the administration fee might not cover and revised the penalty charge notices to £4,500 for each breach, totalling £18,000.