Following the Mayor of London’s confirmation on 26 March that an Ultra Low Emission Zone (ULEZ) will be introduced in central London in 2020, Camden Council has criticised the Mayor of London for not including Euston Road in the ULEZ scheme and will continue to campaign for further measures to combat poor air quality.

Camden Council, alongside major public and private sector institutions located around Euston Road and key health partners from across the borough, had previously written to the Mayor of London asking for the GLA and Transport for London (TfL) to do more to address the poor air quality throughout London, and particularly around the Euston Road, which suffers from some of the capital’s worst air quality.

This follows TfL’s consultation earlier this year on the Ultra Low Emission Zone (ULEZ), which Camden and its partners believe is a missed opportunity to dramatically improve air quality across London.

The new measures will mean that a large number of residents in Camden and beyond will continue to live in areas exceeding European limits for air pollution, whereas an extended ULEZ would help rectify this situation.

Camden and its partners believe the measures will also increase congestion and worsen air quality around the borders of the ULEZ, which in Camden is the already heavily polluted Euston Road. 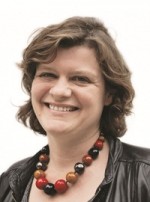 "We are very disappointed with the confirmation that the ULEZ will be implemented without taking on board any of our proposals.

“We had previously written to the Mayor of London as a group of organisations that are deeply concerned about the effects of air pollution on everyone who lives, works and visits London.

"The effects of poor air quality on public health are striking. Around 4,300 deaths per year in London can be attributed to just one particular air pollutant, with vulnerable groups such as children and the elderly disproportionately affected.

"The ULEZ as it stands is simply not good enough to deal with the issue, and reflects a huge missed opportunity to improve the air quality of Camden and the rest of Central London. Camden and our closest partners, drawn from the public, private and health sectors, will continue to call on the Mayor and TfL to provide a clear roadmap for strengthening and widening the ULEZ and commit to working with us to improve air quality along the Euston Road."