The competition called upon emerging artists from Central Saint Martins and the House of Illustration to bring to life the Holocaust Memorial Day 2015 theme ‘keep the memory alive’ and was run by the Mayor of Camden, Councillor Lazzaro Pietragnoli.

The winning artwork will be displayed in the Mayor’s corridor at the Town Hall alongside the Holocaust commemorative plaque.

Evie was inspired by her grandparents’ experiences of the Holocaust. She said: “I chose the image of a bare tree trunk, which was chopped down and destroyed. Today, however, it is growing a small leaf to show it is moving on but carrying the memory with it.”

Evie’s image ties in with the Holocaust Memorial Day Trust’s Memory Makers project, in which survivors’ stories are interpreted and explored through art.

We will also be commemorating Holocaust Memorial Day through working in partnership with arts and educational organisations in the borough to deliver a range of public events and activities around King’s Cross.

Events will include workshops for young people, exhibitions, and a talk with Ruth Barnett, a Holocaust survivor. The full programme of events will be available on the Love Camden website soon. 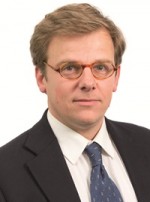 This is an occasion to remember all those who died or had their lives changed in a concentration camp or as a result of later genocides in Bosnia, Armenia, Rwanda and Darfur. It is also an opportunity to recognise publicly that genocides are a steady process, beginning when discrimination, racism and hatred are not challenged and presented.

As part of events leading up to Holocaust Memorial Day, on Sunday 25 January, the Mayor, together with JW3, 3FF, Rumi’s Cave, UK Jewish Film Festival, Islamic Society of Britain, Radical Middle Way and the Holocaust Memorial Day Trust, will bring together faith and community leaders with local and national politicians to sign a Besa declaration.

Besa means to ‘keep the promise’ in Albanian. During World War Two, Albanians, mostly Muslims, helped to save over 2000 Jewish people from the Nazis by inviting them into their homes and treating them as part of their families. We have worked with Jewish and Muslim community partners to develop a declaration committing leaders to work together to challenge bigotry and xenophobia and to encourage, within their own communities, positive engagement with Britain’s democratic values.