A-level students rise to the challenge during the pandemic

Students in Camden schools are celebrating receiving their A-level results, with grades up on the previous year and the numbers of A* to B and A* to C passes in line with the headline national average.

The average points score per entry was 40.1 this year in Camden, which is 1.3 points higher than last year’s borough-wide figure of 38.8, while 90 per cent of Camden students achieved at least three or more A* to E grades at A-level.

Students were assessed internally by their teachers and schools this year but Camden schools worked together, with the support of Camden Learning, to moderate the final results.

Among the high-achieving Camden A-level students this year was Izzy Nicholson of LaSWAP Sixth Form and Acland Burghley School. Izzy has a place at Cambridge University to read human, social and political science after gaining an A* in history and A grades in politics and sociology.

Meanwhile, fellow Acland Burghley and LaSWAP student Frank Xu will be studying mechanical engineering at University College London after receiving an amazing three A*s in maths, further maths and physics and an A in chemistry.

Parliament Hill School and LaSWAP student Lara Townsend got three A*s in chemistry, biology and physics and will be going to study medicine at Leeds University.

Mary Amroliwala, of LaSWAP and La Sainte Union Catholic School, received an A* in English literature, an A in religious studies and a B in history. She’s now off to Bristol University to study anthropology.

Fellow LaSWAP and LSU student Temediro Bashorun gained two A*s and an A in her A-levels and will be studying sociology at the London School of Economics and Political Science (LSE).

LaSWAP and William Ellis School student Matthew Baissa got an A* in maths and As in biology and chemistry and will be going to Imperial College London to study chemical engineering.

Fellow LaSWAP and WES student Faziha Begum is off to Queen Mary University of London to study dentistry after gaining an A* and two As in her A-levels.

At Hampstead School Sixth Form, Aafreen Ahmed achieved A*, A*, A in biology, psychology and history. She will be going on to Keele University to study neuroscience and psychology.

Fellow Hampstead School student, Adam Banzragch-Meguellati, was awarded A*, A*, A* in maths, further maths and physics. He will be studying maths at King’s College, London.

Abigail Silva-Matthews, of Haverstock School Sixth Form, will study English at Bristol after achieving two A*s and an A in her A-levels.

James Hadley, Headteacher at Haverstock School, said: “Our Year 13 students have shown incredible resilience and determination and have succeeded despite facing more disruption than any group of young people since World War Two. Their achievements are extraordinary and we are hugely grateful to our wonderful staff who have worked tirelessly to support them.”

At Regent High School Sixth Form, Hamza Yousif achieved outstanding A*, A*, A*, B grades in English literature, history, philosophy and ethics and Arabic. He will be moving on to Goldsmiths, University of London, to read international relations, with a view to working in humanitarian aid.

Gary Moore, Headteacher of Regent High School, said: “We are thrilled with the exceptional results our students have achieved this year. Their successes come despite the disruption to their schooling during Year 12 and Year 13 as a result of the worldwide pandemic. I would like to acknowledge the dedication of our teachers, staff and students’ families in helping our Year 13s to do so well during their time at Regent Sixth Form.”

At Camden School for Girls, an amazing 94% of all grades were at A* to C. Headteacher Elizabeth Kitcatt said: "We are absolutely thrilled that 17 students have gained places at Cambridge or Oxford and seven students have places at medical school. One student will be pursuing veterinary medicine and one, dentistry. It’s important to remember that all Year 13 students this year missed many weeks of their time in school through no fault of their own, and faced a period in which they were undoubtedly worried about what their A-level grades would be. These grades are robust, and were reached by teachers after a very rigorous process of checking and moderation by students’ class teachers as well as by curriculum colleagues and senior staff.

"This has been a very challenging year, for students, teachers and schools as well as the wider community, and we are exceptionally proud of what our students have achieved in the face of such difficulty. Our students have received outstanding support from their teachers and parents during their periods of remote learning and we are grateful to everyone who contributed to their superb outcomes."

At Maria Fidelis Catholic School, the school's Head Girl Giovanna Motta Maranhao, who is off to study neuroscience at Warwick University, said: “The teachers at Maria Fidelis are amazing. I am so happy that I went there and now I am looking forward to going to the university of my choice.”

Among the other high-achieving A-level students at Maria Fidelis are Fatehah Jahan, who achieved an A* and two As and will study medicine at University College London, and Sophie English, who achieved two A*s and an A and will go on to read law at Durham University. 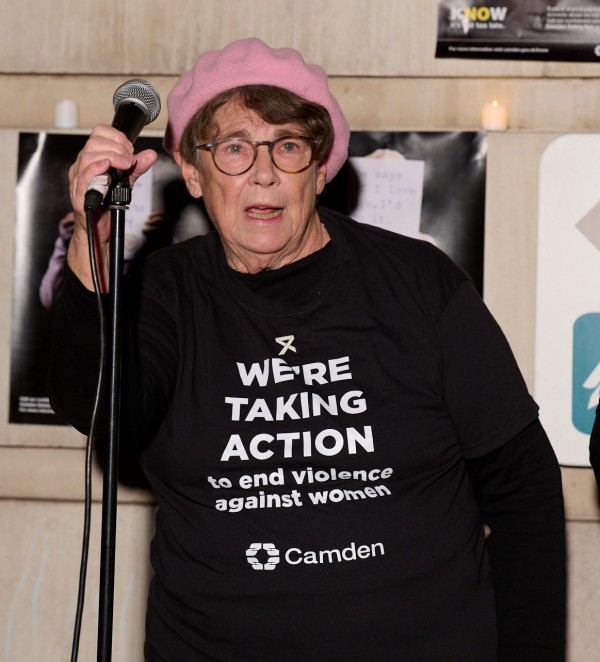 Huge congratulations to Camden students who have received an excellent set of A-level results, BTEC and other vocational qualifications. They have shown determination and commitment during what has been a year like no other. This is a fantastic achievement for them as well as for their teachers, other school staff and parents who have supported these young people during their studies throughout the pandemic.

I’m sure headteachers, teachers and parents will be feeling very proud of all that Camden’s students have achieved during such a difficult time. Many will now be moving on to prestigious universities, apprenticeships and training or employment.

Across our schools, there was also a robust system of assessment and moderation in place, so we are confident our students have been fairly graded and received the results that they deserve.

I’d also like to say a heartfelt thank you to teachers and school staff who have gone above and beyond for their students – they’ve worked tirelessly to keep young people engaged and supported and have played a crucial role, both locally and nationally, in the response to coronavirus through their teaching, care and support.

Cllr Angela Mason, Cabinet Member for Best Start for Children and Families
„
Press Office
(9am to 5pm, Monday to Friday only)

A-level students rise to the challenge during the pandemic
Newsroom